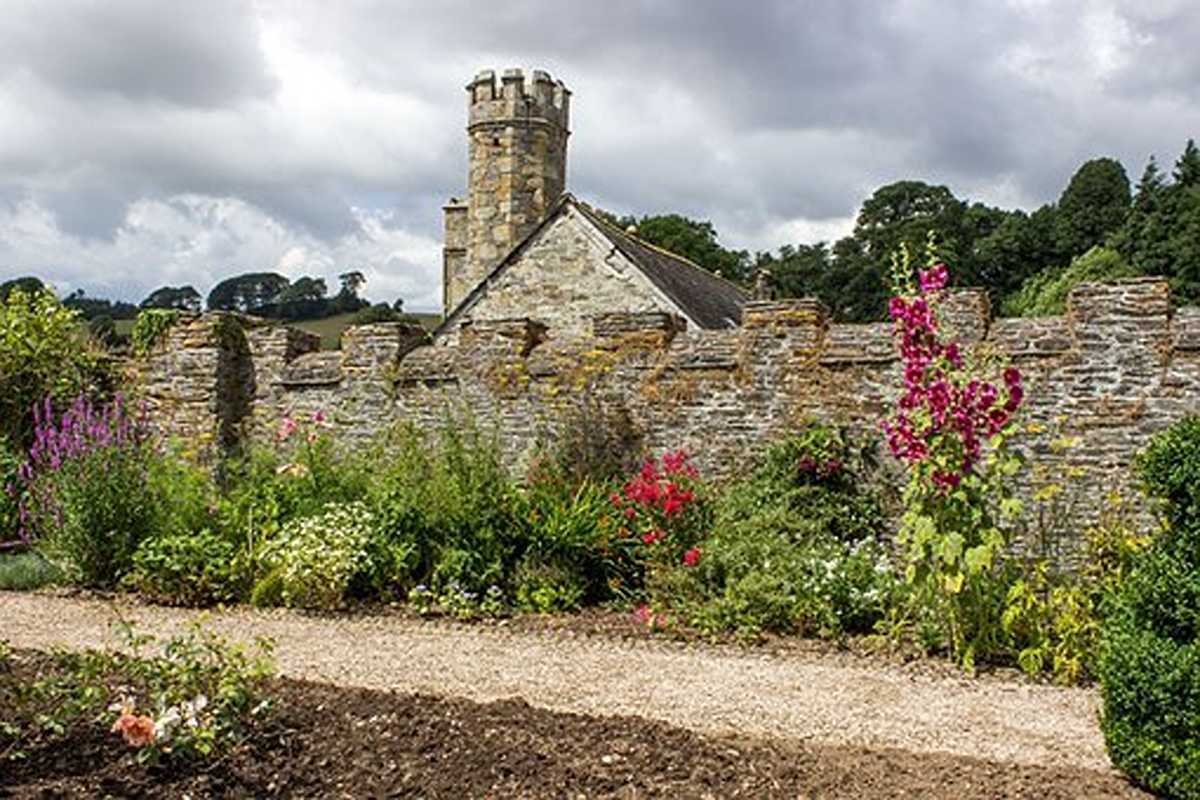 William Kent created the first formal English garden in the early 1790s at Stowe, Buckinghamshire. The English garden movement was dominated by this style and was influenced by William Kent’s work at Stowe. Unlike his contemporaries, Kent had no formal training and was a child of a coach painter. Despite his lack of formal education, he was deeply influenced by Greek and Roman myths and was well-read in Greek and Roman history.

During the 18th century, William Kent and Charles Bridgeman, the Royal Gardeners to George II, played a crucial role in developing the English landscape garden. The style that Bridgeman created was a hybrid of the formal and informal styles and sat between the geometric layouts of the late sixteenth and early seventeenth centuries and the freer designs of Lancelot ‘Capability’ Brown and William Kent. His designs blended traditional and modern elements and made the landscape look bigger and more attractive.

William Kent’s earliest landscape design, Rousham, is one of the most important examples of the English garden. It is one of the few gardens preserved in its original state from this period. Kent’s designs feature a variety of architectural eyecatchers and sculptural set pieces. He also incorporated ancient Roman Campagna, Olde England, and Arcadia elements.

The gardens in the early seventeenth century were aesthetically challenging but invited the viewer to engage intellectually with them. Angular canals, basins, and flower-bedded parterres were no longer typical on grand estates. Instead, they became regimented wilderness zones marked by clipped hedges. Ultimately, the gardens became expensive to maintain.

The English garden style was first influenced by William Kent and Charles Bridgeman, two landscape architects with a long history of working in the gardens of wealthy patrons. Their clients included William Temple, 1st Viscount Cobham, Richard Boyle, 3rd Earl of Burlington, and banker Henry Hoare. Both men had classical educations and traveled extensively. They took their Italian inspiration and applied it to the English countryside.

William Kent and Charles Bridgeman were instrumental in transforming the formal landscapes of the country’s most famous houses and estates. Together, they created the first true English landscape gardens, including the famous Chiswick House garden. The original designs featured canals, alleyways, and a recreation of an Ionic temple in a theatre of trees. The two men also collaborated to design various major gardens and were known for their speed and efficiency.

In the 18th century, the English garden gained popularity, and the era of the English countryside began to gain popularity. It became fashionable to build small buildings in the gardens, such as the Water Tower, in Palladian style. The idea was to create a seamless transition from garden to parkland. This influenced the British garden movement, and many other styles followed suit. The English garden movement was so influential that it influenced public parks throughout the 19th century.

Evolution of the English garden by Lancelot Capability Brown

Lancelot “Capability” Brown was a landscape gardener and renowned architect who revolutionized the English garden. He was commissioned by English aristocrats and landed gentry to create landscapes on their estates. His designs were simple, informal, and often incorporated serpentine bodies of water. Sparse scatterings of ornamental buildings often complemented his landscapes.

Capability Brown created over 150 gardens in Britain. Some of his most famous works include Highclere Castle, Croome Garden, and Harewood House. Visitors can tour these gardens and enjoy the flower-filled landscapes of these grand estates. To see an incredible landscape designed by Capability Brown, plan a trip to Croome Court in Worcestershire.

The landscape designs by Lancelot “Capability” Brown were highly fashionable in the 18th century. He was an estate manager who worked on over 250 landscapes, but only 150 of them survived. This Legacy Year aims to encourage visitors to experience his gardens today.

After Brown’s death, interest in garden landscapes diminished. People missed the flowers in their gardens. Instead, they valued the peaceful feeling of space in a garden. However, he continued to design landscapes two hundred years later. Strategically placed trees and wavy water characterized his gardens.

The Italian Renaissance and the formal French gardens inspired the original style of English landscapes. Axial formalism aimed to achieve architectural harmony and symmetry. The emphasis on geometric shapes meant trees were planted in straight lines, hedges were used to separate landscape spaces, and the landscape became a patch of green with symmetrical paths. Sundials and statues were also popular garden ornaments at this time.

Lancelot started his career at Stowe, one of England’s most spectacular landscape gardens, after graduating from college. He married and lived at Stowe for ten years. Today, the National Trust manages the picturesque garden, attracting visitors for more than three centuries. Stowe rivals many royal gardens with many lakes, temples, and winding paths. Even Catherine the Great visited Stowe.

While working at Stowe, Brown was learning about landscape gardening and architecture. This was where he honed his skills and developed his taste. He married his wife, Bridget Wait, in 1741. She was an unwavering supporter and bore him nine children.

One of the most recognizable features of an English garden is its landscape. Traditionally, English gardens featured rolling lawns, groves of trees, large lakes, and flowing springs. These gardens, however, did not feature flower beds, flowering shrubs, pathways, topiaries, or ornamental trees. Instead, the landscape was designed to be more like a natural landscape.

The landscape of an English garden should include many different elements and styles. The most common is a pond, which should be surrounded by grass and rocks. The other option is a fountain. The fountain can be decorated with allegorical sculptures or hand-painted ceramic objects. While a pond may be a staple of an English garden, a fountain is an excellent alternative to a pond.

While many English gardens are huge and elaborate, they are easy to replicate in a small residential landscape. Smaller gardens can incorporate a small pond and a tree grouping. A wooden footbridge can also be incorporated over a small pond. The flowers should be planted in groups.

English gardens have long been popular and first popular in the 18th century. Their appeal grew with time, and many people came to appreciate the unique characteristics of these gardens. Unlike French or Japanese gardens, English gardens emphasized freedom and the need to reconnect with nature and the elements in nature. They also used the land’s natural beauty to their advantage.

There are two main English gardens: country gardens and cottage gardens. Each style has its characteristics. You can choose between them depending on your personal preferences. Choosing a style is an important part of creating a unique garden. For instance, a country garden might be more formal than a cottage garden.

Cottage gardens are often characterized by their tangle of paths and layers of flowers. A cottage garden often includes edible, medicinal, and fragrant plants, including roses.

How to Shop for Home Decor at Different Stores

The Princess of Wales Conservatory at the Royal Botanical Gardens